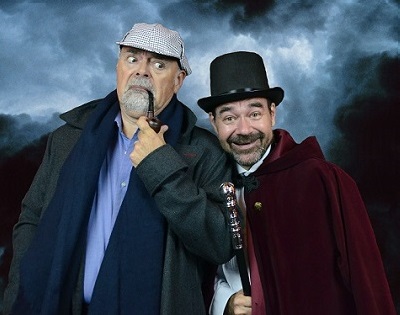 Sherlock's Other Brother by a Southern Mother

A Who’s Who Murder Mystery

It was the Holmes family secret. A secret so dark, so disturbing that Sherlock and brother Mycroft vowed upon their father’s death it would forever be buried with the Holmes patriarch. It was the secret of ... the other Holmes brother! But when murder comes to Charleston with the annual convention of hero sidekicks, it will be up to you to determine what's what ... and who's who!

We are TripAdvisor recommended!

More on what to expect
at a Black Fedora show